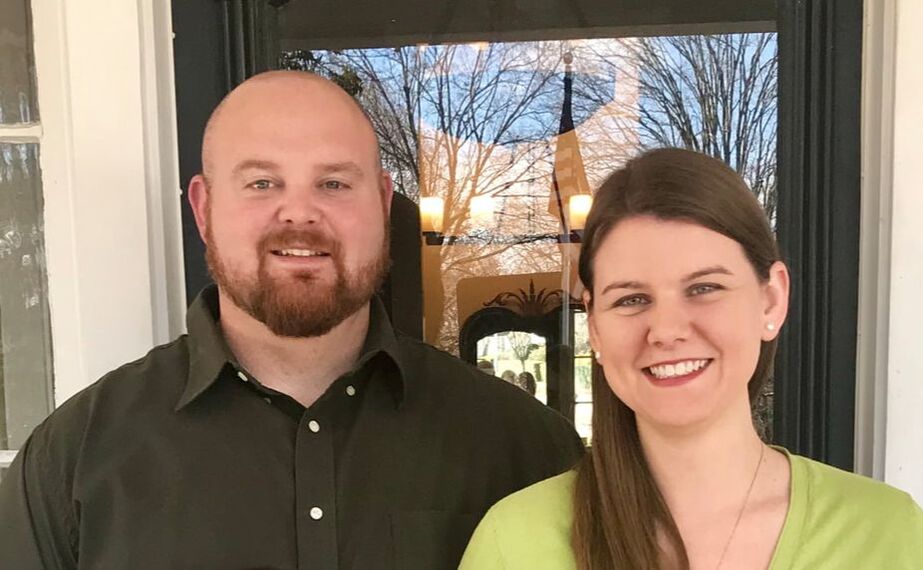 When you think of a “strong life”, what comes to mind? For Pastor John Hays it’s about having the courage to keep on trying, even when life deals bitter blows.  Hays is currently working to develop Strong Life Ministries whose “mission, duty, and purpose is to address, educate, coordinate, and provide aid and relief to those in poverty and homelessness.”

Strong Life Ministries works to offer a men’s transitional housing program to provide an opportunity for those who have been oppressed by poverty to learn to live independently.  This live-in program will focus on the participant’s spiritual walk, employment, financial planning and long term goals.

“People have misconceptions towards the homeless because they don’t see them as individuals who have a story but rather just a problem for our area.  Instead, if we look at them as someone’s son or daughter, brother or sister, father or mother—if we see them as a close friend caught up in that situation, would our perspective still be the same?”

When asked how to measure success, Hays is clear:

“Success in homeless ministry is measured one life at a time and one step at a time.  It is seeing someone transition from living in a tent to staying at the local shelter instead.  It’s helping someone get a bus ticket home to a better support base of friends, family or work, even if it’s in another state.

To see someone get a job who has been looking so hard for one, to have an addict come to you and admit for the first time they have a problem and need help.  See a man purchase transportation when he hasn’t had an independent way of traveling in years.  That’s how you measure success.

Mostly, for us though, with Strong Life Ministries, it’s helping people in difficult times of life that could happen to any of us realize God still loves them.  To help them realize there are many, even strangers, willing to show such a love all around our area.”

Hays, who grew up on a cattle farm in south Mississippi and went to college to play football is no stranger to the idea of strength and courage.  After graduating he spent a year in New York City ministering to the homeless.  He came to Hickory in 2006 to help plant his current church.  A power lifter and “strong man” in his own right, Hays’ focus is not on himself or his achievements but as a quiet force for good.

​It started with a pot of coffee and conversation.  Laughing, talking, sharing moments and connection with a friend.  Doesn’t exactly sound like the way to start a local homeless ministry.  And yet that’s the way it began for Hays.

“A member of my church came to me with a compassionate heart back in 2008.  They told me ‘my father and I notice a lot of homeless people when driving down the road, what can we do for them?’  I said to take them some coffee and start a conversation” remembers Hays.

In addition to leading his congregation, Hays followed his own advice and with some friends and church members started reaching out with purpose.

“This seemingly simple act spread and grew into a weekly coffee and devotional time at a local park where we engaged the homeless to talk and pray for them on a personal level.”

As word spread about the coffee and fellowship, Hays began telling others about items that were needed by the homeless and people donated items like jackets and batteries to help.

The support did help, and word spread in the homeless community about this pastor and his group of people willing to listen.  More people stopped by the park for coffee and conversation until eventually a new idea presented itself.  Pastor Hays remembers:

“One day, one of our homeless friends said it would be great if we had a place where we could do this more than once a week.  From this conversation the Lord laid it on my heart to pursue a small house for us to obtain.  The following week, a homeless friend of ours came to me with a name and number of a man who owned a home near the Salvation Army in Hickory.”

Hays had no idea how to make the dream a reality because even though the owner was willing to help the vision by selling the house that had been in his family for generations, there was one catch--“We knew this was a far-fetched idea because we had no money to fund it.”

Then, miraculously, after sharing the financial need for the purchase, a single gift came in to pay for the property in honor of two local families.  On April 13, 2013, after much hard work to restore the house and make it ready as a day shelter, The Life House Rescue Mission opened as a place of refuge for those in need to connect to resources in the area.

The Life House offers hospitality to those who are experiencing some of the most trying moments in their lives.  Pastor John and volunteer staff extend an ear to listen and provide encouragement.  The goal is to give direction to help those take a successful next step in seeing their lives put back together.

“We’re creating a nonprofit to serve as the organizational basis for Strong Life Ministries.  Lots of people in this community do have a heart to help those less fortunate, they’re just searching for a direction and way to get involved.  It’s humbling to have so many people come alongside to help with this project.”